This was built to increase the supply of potable water by approximately 50,000 cubic metres per day, to the towns within the state. It is notable as the source of portable drinking water for the Kwara community, Source of irrigation water for farming, Fisheries, Livestock development.

Did you know that the Esię museum was the first museum in Nigeria? Built in 1945, the museum once housed a thousand tombstone images representing human beings and is famed to have the largest collection of soapstone images in the world.

The view of Ilorin from Sobi hill is said to be unrivaled. Visitors are welcome to climb whether for the view, spiritual reasons or just to get in touch with nature.

Long ago before the invention of sharpening steels for knives. a man known as Ojo Isekuse who was one of the founding fathers of Ilorin devised a method for sharpening his knives with the use of stone. It was from the activity of the knife sharpening that the name of the town Ilorin was formed.

The monument stands proud and tall on a hill on an island encircled by the rushing powerful current of the River Niger. Erected in honor of the Mungo Park voyage which saw him trace the River Niger to its origins, it is a tourist center that attracts locals and foreigners alike to view and try to grasp the life of the famous explorer.

This grand place of worship is situated in the busy city of Ilorin, which has a considerable Muslim population. The 20,000-capacity sprawling edifice was sponsored by both private individuals and the state government.

Along with its upgrade to International status, there has been a recent upgrading of facilities and a new Terminal Building that can accommodate 500 passengers at a time. These are key features that have made it one of the most beautiful airports in Nigeria.

Located on a 20-hectare campus adjacent to the Ilorin International Airport, the college operates a collegiate system of several schools which include the Flight School, Maintenance School, Air-Traffic Control School, and the Support Services School. It boasts of a futuristic building that houses the offices, classrooms and laboratories. It also has a library, computer room, and an aircraft hanger.

This is a recreational and research facility established by the University of Ilorin in 1999. It houses a number of animals and a lot of biological research goes on there.

Built in 1976, Owu waterfall is the highest and most spectacular natural waterfall in West Africa. With its Ambience, cool environs and lush tributes to nature, everyone is invited for a dip.

Located in Patigi local government, the beach forms a part of the history of Patigi town. The settlement of Pategi had existed before the founding of the Pategi emirate but only grew as a result of the movement to Patigi forming a new emirate. Patigi Beach has a  silky soft sand and a palm-fringed backdrop, its appeal lies in its landscape and activities that you can partake in while on the beach.

It is notable as one of the largest and oldest pottery making institutions. 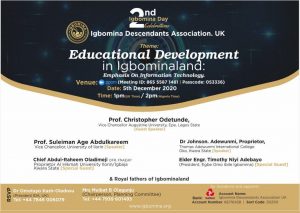